{{ "Optimized for your Mobile Device" | translate }}

{{ "Download our free app for an optimal bidding experience:" | translate }} 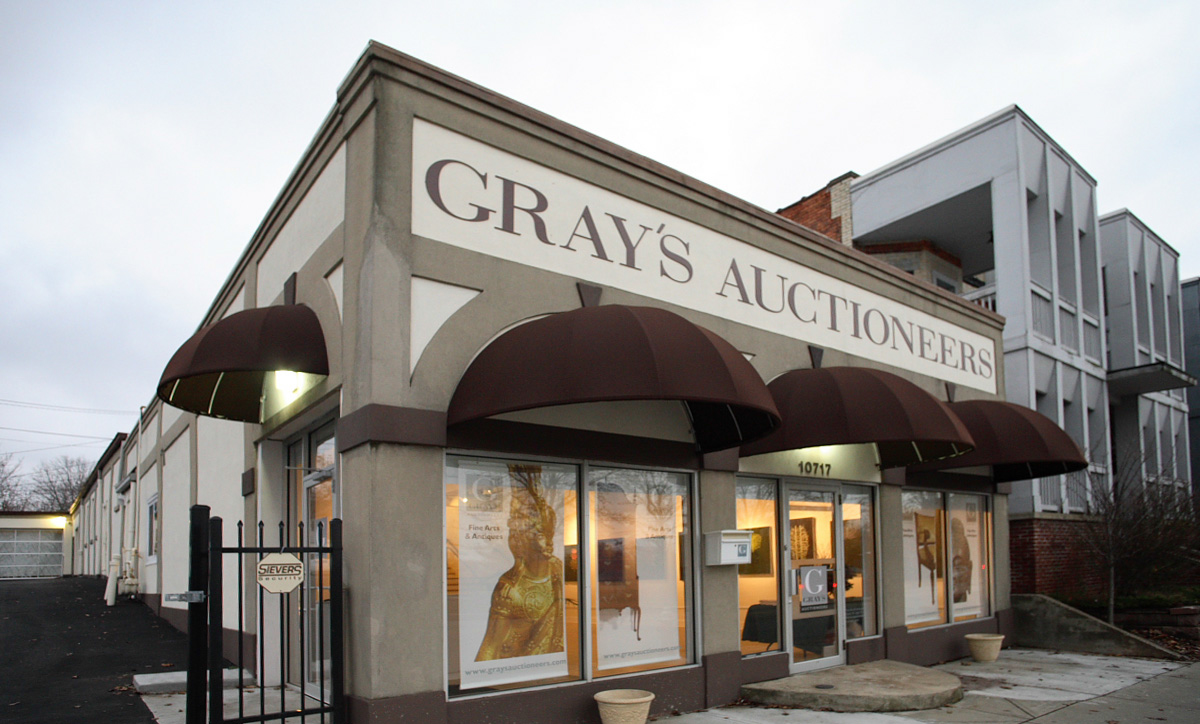 Gray’s Auctioneers & Appraisers are Northern Ohio’s leading licensed auctioneers & appraisers of fine art, antiques, decorative arts, rare books, fine jewelry and antique rugs. A boutique auction house with over two decades of experience in the art business, the experts at Gray’s have worked with museums, educational institutions, corporations and private collectors to achieve the full value of their collections at auction. Gray’s Auctioneers are licensed, insured and bonded in favor of the State of Ohio.

Deba Gray has over twenty years experience as a licensed & bonded auctioneer beginning in 1989 at Wolf’s Auction Gallery in Cleveland. In 1995 she moved to Chicago to become Auctioneer and Director of Marketplace Sales for Leslie Hindman Auctioneers. In 1997, Sotheby’s purchased LHA and immediately promoted Deba to Auctioneer/Assistant Vice President of Property & Estates, where she was responsible for estates originating throughout the US. Traveling throughout the US working with Trust & Estate attorneys, Deba earned a reputation as a skilled and efficient generalist, with a special expertise in fine art. Bringing the best of her experience from all three auction houses, Deba’s passion for integrity, innovation in business and her commitment to fairness throughout the auction process enlightens every facet of Gray’s operation. Deba is also chief curator for the Gallery at Gray’s and serves on the board of the Cleveland Institute of Art.

Serena Harragin co-founded Gray’s Auctioneers with Deba Gray in 2006. She is a licensed and bonded auctioneer. She brings over 20 years of business experience to Gray’s. Prior to founding Gray’s Serena produced television commercials handling million dollar budgets for clients including General Motors, Proctor and Gamble, Kellogg’s, British Airways, The City of New York, Bank of America, Johnson & Johnson, Jergens for the Kao Brands Company, Schick for Gillette, & Excedrin for Novartis. She was honored by her peers at the 2000 AICP show for her PSA for the American Legacy Foundation which is now on permanent display in the Museum of Modern Art in New York. Combining her love of the arts and her business skills she is committed to realizing Deba Gray’s vision of a 21st century auction house, driven by fairness, integrity and innovation. Serena proudly supports Cleveland Play House and Cleveland Public Theater.

Sign up with your email address to receive information on the newest items in our shop, exciting announcements about upcoming auctions, and the latest news and updates from our blog.

Oh no, something went wrong